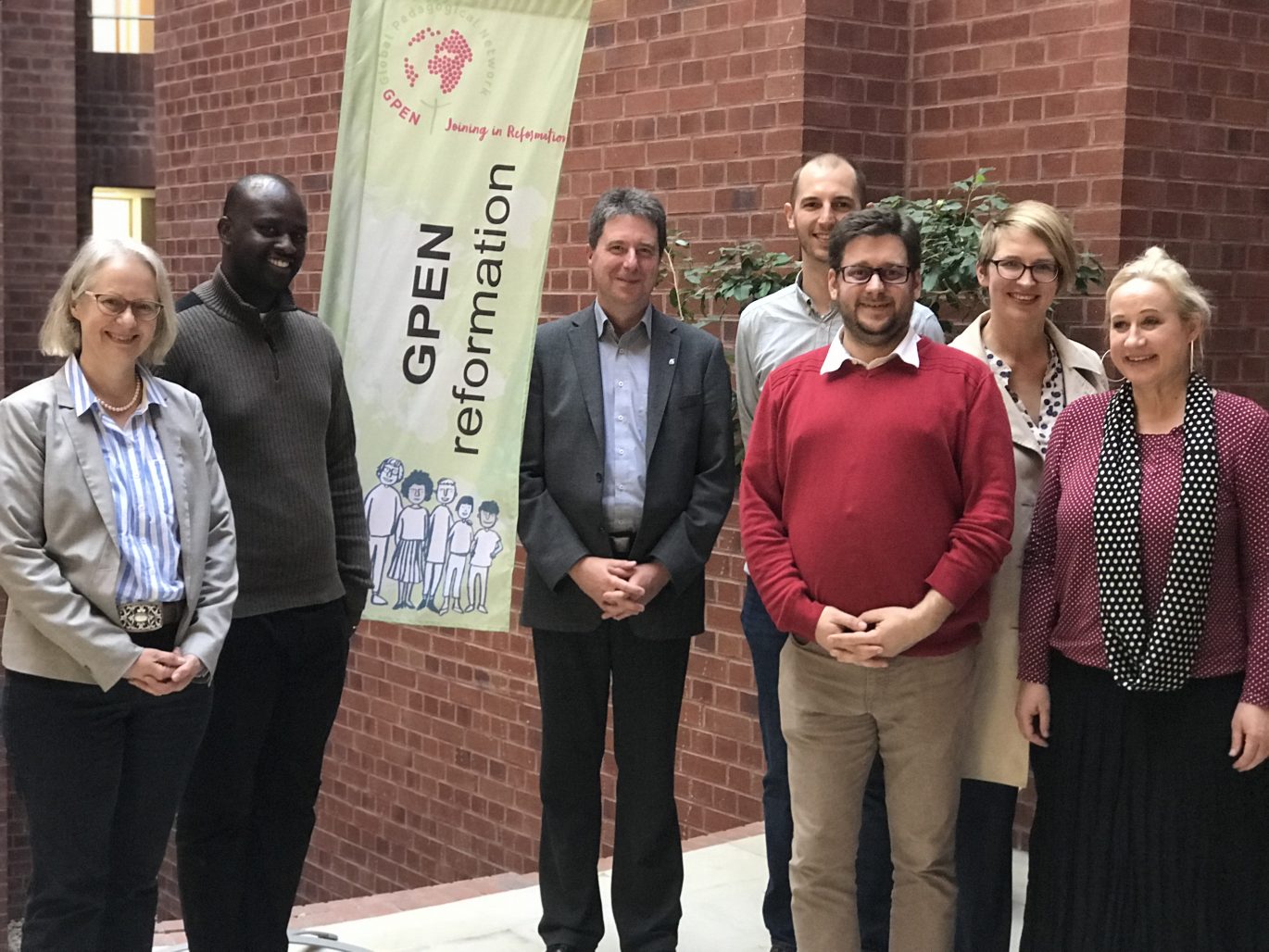 GPENreformation hosted the network ambassadors Gilbert Muhire from Rwanda and Mark Meinhard as well as the speaker for international school partnerships of the United Evangelical Mission, Julian Elf, at the church office of the Evangelische Kirche in Deutschland. Further Friederike Goedicke and Christiane Galle of the education department exchanged approaches to inclusive education with our guests. Foto: Finkemeyer/ekd.de

Gilbert Muhire, ambassador of the GPENreformation network in Rwanda and current director of the Kigali Christian school in Rwanda, visited Germany for two weeks in October 2018 at the invitation of Rev. Mark Meinhard, also ambassador in the network, currently school theologian at the Wilhelm-Löhe-Schule in Nürnberg.

The two ambassadors got to know each other at the conference in Kigali in 2018 and after a few bureaucratic hurdles it quickly became clear that a visit to Germany should be made possible. The main focus of this visit was to get to know the German Protestant school system.

We are grateful that a colleague from the WLS was able to accommodate Mr. Muhire privately, so that in addition to the official visits it was possible to immerse oneself in the “normal family life” in Germany for a short time.

In the preface to the visit it quickly became clear how big the hurdles would be. Mr. Muhire had never been to Europe before, hardly knew the German history and knew almost nothing about the organisation of the federal states with their educational sovereignty and the role of the member churches, as well as the role of the EKD.

Mr. Meinhard therefore decided in favour of a kind of “all-round envelope”, including intensive preparation and explanation of these different organisational and responsibility structures. Realistically, it must be said that the complexity of the system means that only a fraction of it can really be absorbed and probably more time would have been needed.

Nevertheless, many good encounters were possible, for which we are very grateful. We visited educational institutions of the Diakonie Neuendettelsau (grammar school, secondary school and curative nursing school), met the responsible headmistresses* there and got into conversation with the pupils* and students. The focus was on the diaconal commitment of the schools – a new perspective for Mr. Muhire, especially in the area of work with the elderly and people with disabilities. Rwanda is a country with a very low average age – in Germany, however, Mr. Muhire met many old people.

In Nuremberg we tried to explain the history of National Socialism, the history of a totalitarian regime and the resulting genocide, better: The Shoa. With Rwanda – as a country with its own genocide experience and current efforts to educate peace and reconcile, we tried to draw comparisons. Again and again we met Memorials on our journey as an expression of our efforts not to forget history.

Mr. Muhire was able to meet Fr. Scheunpflug in Nuremberg, who as a Coucil member of the GPEN contributed significantly to the formation of the network. It was important to Mr. Meinhard that Mr. Muhire could experience the Windsbacher Knabenchor in a Mottete. A church institution with a boarding school that has produced a top choir. This is also an essential part of Protestant education.

With his visit to the EKD in Hanover, Mr. Muhire got to know the structure of the EKD to some extent and of course met those responsible in the education department, especially of course the actors of GEPN.

From Hanover we visited the Andreanum in Hildesheim – today a Protestant educational institution, but already founded in 1225. In Nürnberg we could talk to students of the Protestant University and attend a seminar and of course meet the Wilhelm-Löhe-School and its responsible actors.

We are thankful for all school principals and pupils and all other actors who took the time for talks and visits. For it remains this old truth: understanding is only possible through encounter. But encounter needs time and people who are willing to get involved.

Mr. Muhire’s visit has broadened both our horizons – we have learned a lot from each other. A knowledge, by the way, which cannot be “used for a purpose” immediately – little of what Mr. Muhire has seen here, he will be able to use immediately in Rwanda, but a knowledge, which promotes deeper understanding for each other, throws a different light on one’s own problems and not least helps to recognize one’s own position more clearly.

This is – for me – in the ideal sense always also evangelical education: An education which strives for the opposite, turned towards and interested – ready to let itself be corrected.

We are grateful for Mr. Muhire’s visit and look forward to all encounters that can take place in this or a similar way. 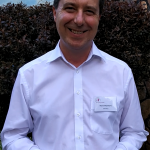