This article was written by one of our project members from Bamenda, Cameroon. Please note that we removed the names from all involved persons for safety reasons. 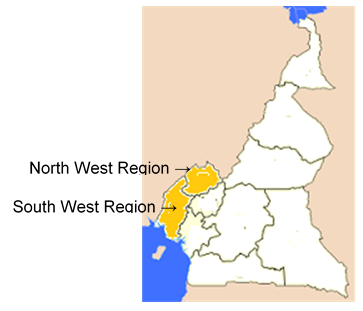 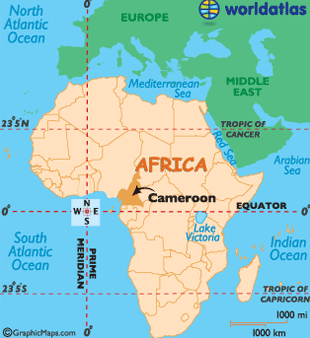 Since October 2016, the Anglophone regions of Cameroon, namely the North West and South West regions have been experiencing increased tensions on the basis of social injustice, educational injustice and gross marginalization by the largely dominated Francophone government. This crisis, triggered by the strike of Anglophone Lawyers in October 2016, then followed by that of Anglophone teachers in November 2016 has now degenerated into what I can describe as “an All Anglophone struggle”. What is the Anglophone problem? Why this problem? What is the picture of the crisis? What is the role of government, Church & civil society? How do people feel about the situation? What is the way forward? … are pre-occupying questions.

After the First World War, German Cameroon was partitioned between Britain and France in 1919 with the two partitions known respectively as Anglophone and Francophone parts of Cameroon. The educational system in Cameroon after independence and re-unification in 1961 till date continued to reflect this bicultural pattern though with persistent attempts of assimilation by the Francophone sub-system (Konings & Nyamnjoh, 2003). Contrary to expectations at reunification, this did not provide for the respect, preservation of cultural heritage, identity and equal partnership of both parties. On the contrary it turned out to be a gradual process to the total assimilation of the Anglophone entity by the Francophone majority. With the growing feeling of various forms of social injustice and marginalisation,  the Anglophone interest was nursed and represented by various associations and pressure groups in the early 1990s. This development received persistent refusal and suppression by the government of Cameroon.

The Francophone part of Cameroon whose former colony is France gained independence in 1960 and is comprised of 8 regions out of the ten for the whole country with French as the official language. On the other hand, the Anglophone part had Great Britain as former colony and gained independence in 1961 and is made up of 2 regions, namely the North West and South West Regions and with English as official language. The Anglophone part is geographically and numerically in the minority (20%).

The bi-cultural differentiation of education in Cameroon is not only the question of language but more importantly a heritage of cultural and ethical values. The Anglophone framework of education in Cameroon, promotes and develops, decentralization, collaboration, participation, liberation, mass education with financial support to private and confessional initiatives, use of mother tongue etc (Su, 2001). On the other hand, the Francophone practice is based on the French colonial system of education, characterized by centralization, under government control and hierarchical. It mainly promotes white-collar jobs, makes French the overall language of instruction and discriminates against religious and private schools (Ngoh, 2004 & Su, 2001).

From the historical background, the Anglophones and Francophones in Cameroon have developed differently with two different educational systems (Frederick, 2015). In practice, the bicultural status of the education system in Cameroon is only a window dressing as it is not fully respected; rather, the assimilation policy by the francophone majority that is being forced onto Anglophones (Konings &Nyamnjoh, 2003). In summary, the Anglophone problem is not just linguistic but a problem of value systems.

Lawyers of the Anglophone extraction staged a strike action, denouncing the imposition of Civil Law imposed in the Anglophone sub-system,  the appointment of Francophone magistrates to Anglophone courts, (some not qualified) who are not familiarized with common law used in Anglophone Cameroon. The Anglophone lawyers denounced the use of French in Anglophone courts for hearings and passing of  judgement on Anglophone Cameroonians who are not familiar with French legal language.  The striking lawyers  expressed a catalogue of injustices, marginalisation and corruption practices by the pro-Francophone legal system in Cameroon ; opting for an independent Common Law for the anglophone sub-system.

All of the above cumulated into a massive protest around major cities in the Anglophone part of the country opting for a Federal Government.

3. Feedback of the government and reaction of the Anglophones

The government of Cameroon has not opened up for genuine dialogue as teachers and lawyers requested but has demonstrated her unwillingness to address their demands. The government  has progressively responded with various forms of violence: rapes and killings, brutal arrests of many Anglophones (teachers, students, youths, journalists, lawyers) and taking them to jail in Yaounde (capital city), intimidation, gross violation of human rights, banning all organizations that share the plight of Anglophones, banning the consortium, arresting the Anglophone consortium leaders that requested for dialogue subjecting them to military trial for what the government describes as acts of terrorism; shutting down internet in the Anglophone Regions of Cameroon (thereby granting what some Anglophones have described as “internet federation: the internet Federal state of Cameroon – Francophone; and the Non-internet Federal state of Cameroon – Anglophone).

The tough measures and provocative treatment of the Anglophones and the Anglophone problem by the government of Cameroon have radicalized a call for civil disobedience through “ghost towns” in Southern Cameroon, unconditional release of Anglophones arrested, de-militarization of Anglophone towns and re-instating the internet before schools re-open. Unfortunately also, some Anglophone youths have responded by burning public places.

One Anglophone parliamentarian of the opposition party had forcefully addressed parliament saying that Anglophones have been pushed to the stone wall, and that when injustice becomes law, resistance becomes a duty. There is therefore the need for peaceful resistance and protest.

The persons arrested are not yet released, consortium leaders of the Anglophone strike are in jail pending court trial at the Yaounde military court on charges of terrorism; Anglophone schools in the Anglophone regions are still shut down; internet is still shut down; brutal arrests continue; there is respect of ghost town days during which shops are closed, taxis, bikes and transport vehicles are not in circulation (people remain indoors), there are no public demonstration. The Cameroon government has threatened media outlets from broadcasting information in regards to the Anglophone problem and  federalism

Voice of the Churches

Both the Catholic Church and the Protestant Churches have acknowledged the existence of the Anglophone problem, requested for a frank an open dialogue, the release of persons arrested, requested for re-installation of internet in Anglophone Regions, and have denounced all forms of violence. Above all, all christain churches and Muslim are constantly praying for peace and justice in the face of the crisis. The Catholic Church in particular had written a detailed memorandum on the current situation of unrest in the North west and South West regions of Cameroon and presented to the head of state, Paul Biya in December 2016; signed by Bishops in the Anglophone dioceses.

From observation, the government has not reacted to the suggestions from churches.

Voice of German Volunteer from Bread for the World :

Voice of a Protestant school principal:

I feel very troubled about the present situation of the youth of this Region of the country who have been deprived of their rights to education. It is more disturbing because their focus on education has been deviated towards deviant activities, given that they are the youth.They have moved out of a well programmed life to an undefined and confused free schedule. Some of them have become a source of worry to their parents and the community as a whole.

Initially,teachers were right to put forth their worries about the extreme marginalization of the Anglophones with regard to the Anglophone sub system of education. Their demands were genuine and  peacefully tabled to the government without violence ; but it appears the reaction of the government is provoking more violence. Now the strike has become indefinite and finally involving the general Anglophone community that is held hostage. Secondly, the government has shut down access to internet which impedes proper research on the part of the teachers and learners as well as the economic life in the Region. The future of our youth has become bleak and an unknown issue for the moment.

I suggest that real dialogue should be put in place by the government to address the crisis. Tolerance and the views of all stakeholders, parents, teachers, students, civil society etc should be considered. 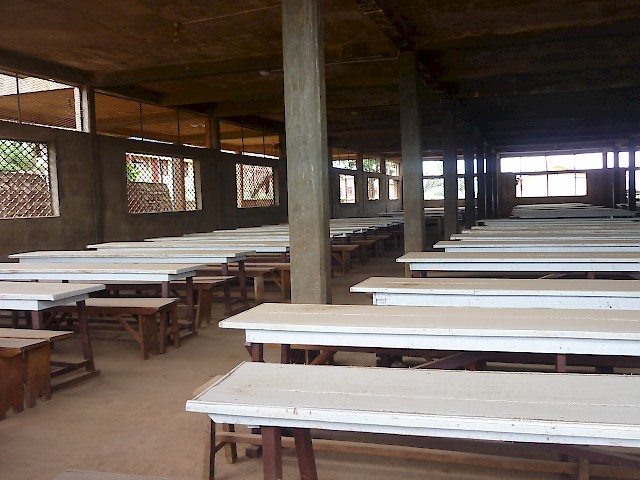 6. My reflections, observations and experience within this circumstance of unrest

What an irony:The government of Cameroon sends police to brutalize lawyers who make their voices without violence, the government of Cameroon sends police to pull out university students from their hostels in night gowns, suffocate them in sewage, brutalize them, rape some and jail others because some students non-violently requested for justice in University affairs, the government sends out soldiers to shoot youths who demonstrate that there is an Anglophone problem. Even if the youths were throwing stones (an act I do not support), is the solution terminating lives? Does such a government consider these people human beings or her citizens? The government refuses to dialogue with leaders of trade unions and prefers to molest them, victimize and jail some. The government prefers to shoot and kill a youth for being suspected to have burnt a Cameroon flag and rather organize a national funeral for a burnt flag. Does the state have value for human life? The government prefers to shut down internet and ask universities to function in the non-internet regions; what type of university studies and research can be handled in the 21st century without internet? Are such students and their research worth anything to the State?

Above all, the state makes no statement or apologizes for the many armless young Cameroonians killed, or raped or brutalized by her forces.

On the contrary: The same state claims to pilot peace crusade in Central Africa, by always going in for dialogue with Boko Haram, the Islamic fundamentalist terrorist group and pay heavy sums of money in exchange for captives (yet the same state refuses dialogue, but rather arrests and even kill her own citizens who request for frank dialogue on visible aspects of injustice). Who then is the state protecting or deceiving?

I am glad that even when the internet and perhaps telephone connections are shut down to block the voice of the helpless, the voice for justice;  schools500reformation opens the doors and windows for young Cameroonians,  in the ongoing Thesis for the future (Kohlmann et al, 2015). More than a year ago, students from Protestant schools in Cameroon had protested through this window on various forms of  injustice and marginalization.

I may be forced to think that some persons in government may not like the crisis to end as they use it to extort money from people as well as sow seeds of genocide:

I am also afraid that the international community is too silent to this matter giving room to the government to go ahead with its brutal, violent and undemocratic acts to fully suppress the weak.

Effects of the crisis

I think that there is the need for

I believe in the restoration of social justice and peace, and freedom of expression with responsibility. If genuine solution through constructive dialogue is reached, Cameroonians will ever like to live together.

Let us believe in the strength that comes from God and protest in peace for the restoration of a just and peaceful global society!