What it means to be an Ambassador of GPENreformation

GPENreformation is unique in many ways. Founded in less than ten years ago, it has now grown up to including members from all continents. It is a network that keeps welcoming new members all the time. With this pace soon or later it will have members from every country. The challenge in front of the GPENr is modifying the ways to share of information about the network and its objectives.

The network has done great job to describe its history, visions and what it does and then post it on the website. People read and we believe, they understand, become interested in and then join the network. Some hear from friends and thereafter join. How do we orient new members to GPENr objectives? As a new GPENr ambassador, having visited GPENr new member institutions I had some observations that I want to share in this article.

The network has done something good to have ambassadors from different parts. The role of an ambassador is to speak for the network to the member institution at local level and where possible invite new members. With this in mind, I also visited institution and spoke about the objectives of the network and realized that, we need to visit now and then and sometimes, different ambassadors could visit same institutions, not to tell the same thing, but rather to share what other institutions are doing. Visitations always gives people the opportunity to ask questions and clear the doubts they had or clears what they understood wrongly. Among the questions I was asked were whether GPENr will fund this and that. A clarification was necessary so that members may understanding that the network is not like a donor, but rather as platform that enhances different institutions that share same goals to come together, share their experience, exchange their expertise, and when possible, plan work collaboratively on the areas they see necessary. Of course, as friends can help each other when deemed so, but that is not the objective of the network.

The interaction makes members not only to wait from others, but make every member think what they will share or contribute to others. The network enhances member institutions to build self-confidence and thereafter be ready to carry the objectives of the network at their area. Older members can of course have a lot to give, and that goes unquestioned, but as time goes, each member is expected to be in a position to share with the network what they are doing in their area.

That information was well received by the institutions visited and were looking forward to move on as members of the network.

The network encourages cooperation with other member institutions and where possible have joint meetings where both teachers and students can have something to do together. The idea behind this is that when people from different places come together learn a lot from each other, become friends and that friendship can grow and be helpful even in the future. We discussed this and set plans how it could be carried on. As schools from within the same diocese could be meeting at least twice a year. But since schools from neighbour dioceses like Iringa, Kondo, South Central, and South West will soon join the network, the joint meeting could be done at zonal level.

The Bible College might find a bit estrange in that connection, but this was left pending to see what could be done with other Bible Schools within the country. At least I told them that Mwika Bible School and Nyakato Bible School have shown interests of joining the network. Meaning, they also might have forums with other Bible Schools and sometimes might join together with those secondary schools for workshops with cross-cutting topics.  When member schools come together for a workshop, it is possible to invite guests or facilitator and for that, the network might even send one or even some from your staff can be speakers.

They were also told to share whatever they see that it would benefit the network. But for this, they wanted to learn from others first. I understood their concern and I promised to work for it so that they can learn older members.

In general, the schools were happy to hear about the network and its objectives and were to some extent regretting why they were not involved from the very beginning. But they were glad that now they have this chance. The only challenge they face, which is for all Tanzania schools is the access to the internet. It is not as cheap as it is in Europe, and this might make them not to respond quickly when emails or something is posted on the website.

Soon the GPENr ambassadors from Tanzania will plan for a workshop that will make teachers from members schools to meet. If it works well, May or June that will happen. We will write on it when our plans come true. 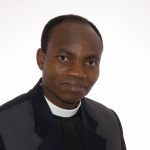