Alex runs music from a cassette while he steers his wine red Toyota through the evening traffic in Kigali. The music is danceable. And when I start bobbing my feet, Alex explains that it’s music from his church. I think there is a proper rhythm in the service. That’s what I want for church services in my home country, too. 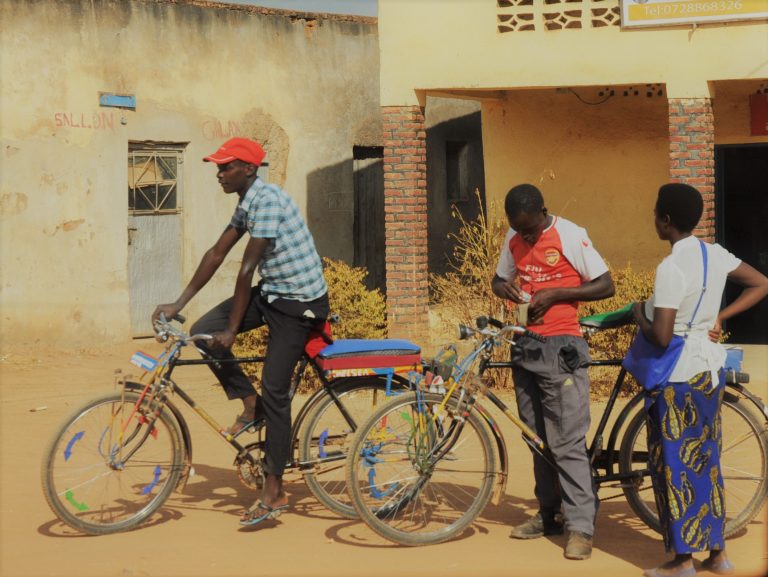 A customer pays for her bike taxi

We will reach the airport in time and there I have peace to remember the fourteen days I spent in Rwanda. Isaac Ndamage comes to mind. He is a taxi driver like Alex. However, Isaac transports his cargo or passengers by bicycle. In the land of a thousand hills the bicycle has a long tradition. Apart from a bad mood, men transport almost everything on their bikes here. It’s a tough job. It doesn’t have to be mentally gruelling. As a real ‘Biycycle Man’ Isaac Ndamage recommends: “I would read the Bible. That keeps you open.” The twenty-six year old bicycle courier from Kigali is one of those who find commitment important for the development of their country. That’s why he’s so passionate about working for the common good. “Of course I’ll be there on Saturday in three weeks,” he says, “and I’ll invite my friends to join me. 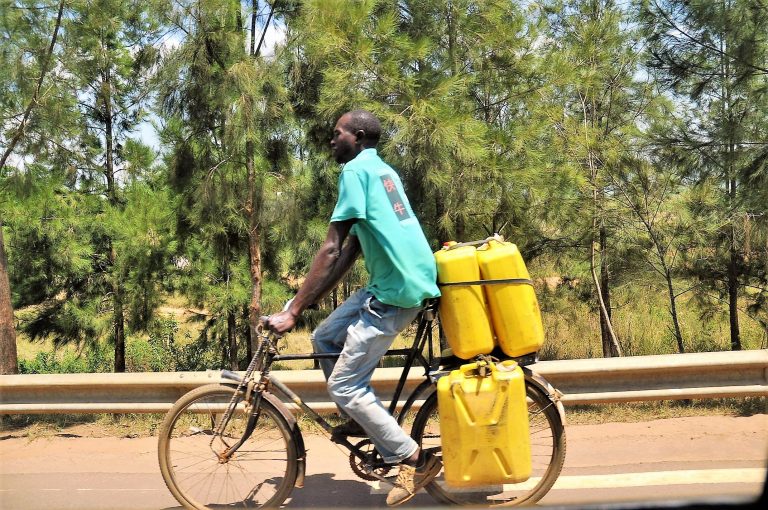 Every last Saturday is Umuganda Day. It is a day for community service. During the morning, adult Rwandans perform activities that would otherwise remain lying around. Four years after the genocide, the government thought about reintroducing the pre-colonial tradition of Umuganda. Plants are being maintained, public facilities are being renovated and the streets are being made cleaner. Only plastic bags no longer have to be disposed of. Because they have been banned for about a decade. The EU wants to follow suit and is considering a ban on plastic bags by 2025.

The Umuganda Day, however, is about much more than protecting the treasury. It is a constant building block in the reconciliation process. “People come together and they also talk about everyday things,” explains Fidèle Ndayisaba, Managing Director of the State Commission for Reconciliation and Unity. Critics argue that the instrument can also be used for monitoring. This calls for vigilance. But the Ndayisaba does not want to ignore the opportunities and adds: “Umuganda can contribute to a successful cooperation, because a visible result is in the foreground”. Very similar experiences come from India. “The Ugly Indian” is a citizens’ initiative from Bangalore that cleans up and renovates neighborhoods. They don’t debate and don’t look for culprits. Instead, they look for like-minded people and clean up. Here, too, the activity emphasizes the common goal and not ideological, social or religious differences.

Ndayisaba is an economist and one of those men who have experience and competence in shaping the development of their country. By the way: Marie-Chantal Rwakazina has held his former position as mayor of Kigali since May 2018. She prevailed against an opponent. She is not the first woman in this position. And women play an important role in the political life of the country. In the Rwandan parliament, 61.3 percent of the members of parliament are women. Thus the East African country leads the international ranking. In Germany, the figure is 30.7 percent.  But also half of all companies in Rwanda are run by female executives.

An impressive phenomenon, which cannot necessarily be transferred. But it challenges and inspires.

The same applies, for example, to jurisdiction. After the immediate end of the genocide, there were not only one million murdered but also a far greater number of perpetrators and traumatised persons. How should this be dealt with? 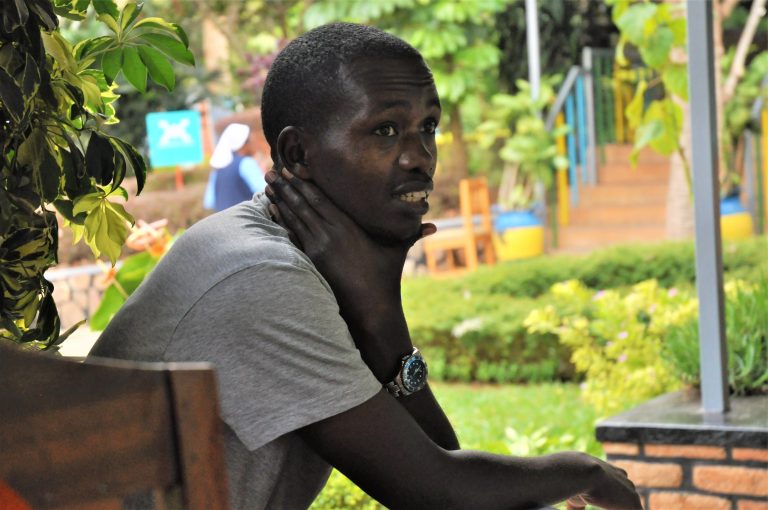 Pacifique Niyonshuti:
In my church, Tutsis and Hutus can marry each other now.

In 1994, the United Nations initiated an International Criminal Court in Arusha, Tanzania. Here 93 people were charged, 3000 witnesses heard and 61 people convicted. The total costs amounted to about 2 billion US dollars.  Independent of this approach, grassroots courts developed.  Out of about 800 judges, only 20 had survived the genocide. Thousands of Gacaca courts dealt with nearly 2 million cases. Here, the power of reconciliation was put on a massive scale. Perpetrators stood by their atrocious deeds and made them public. Overlords faced the challenge of forgiving and re-accepting coexistence. Did these court proceedings have any shortcomings? That was probably the case. But Arusha was anything but a viable alternative. 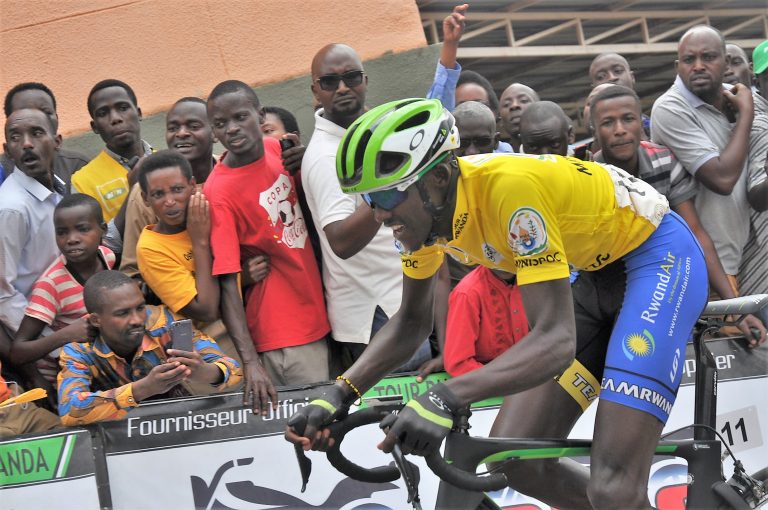 Samuel Mugisha:
The Tour du Rwanda is the most spectacular sporting event in the country
Samuel Musgisha won. He says: ‘In our team we are brothers. Whether he is Hutu, Tutsi or Twa. We are Rwandans.”

Antoine Rutayisire brought the process of reconciliation with her. In the various waves of massacres against the Tutsis minority, the Anglican theologian had lost his father and a substantial part of his career. What remained were rage and hatred. Dealing with the brokenness of his life was extremely painful for Rutayisire. When he finally read the Bible about forgiveness, it was too much for the now 60 year old when he remembers today: “No, I said to God; you can’t do that. How dare you forgive people who have crucified you! Finally, he thought that he had to give up hatred and anger in order to stay on the way with Jesus. In a painful process, he succeeded. And Rutayisire asked himself after the genocide whether personal reconciliation could not also apply to a nation. According to the National Reconciliation and Unity Commission, this seems to be the case. According to surveys, more than 90 percent of the population agreed with the government’s reconciliation measures in 2015. This satisfaction included solidarity among citizens, trust in political leadership and the power of forgiveness and reconciliation.

Rutayisire underlines this and explains: “Reconciliation is an obligation rather than an option. Without reconciliation this country would not be any more.

Without it, this country would not have developed so quickly and would not have been rebuilt so quickly.  Rutayisire is an ambitious person when it comes to reconciliation. He is not naïve and euphoric. “I can’t understand how people in road traffic and in their families could yell at each other, but could forgive the murderers of their families from their hearts,” he says thoughtfully. 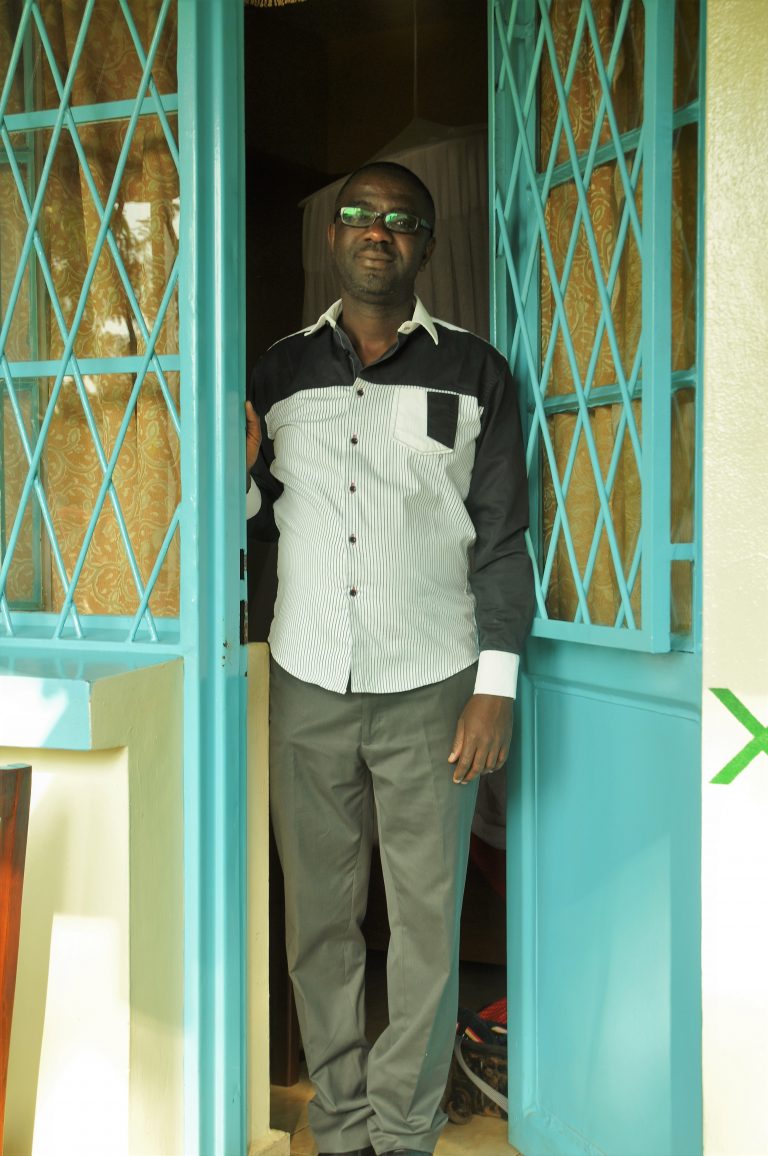 At almost 25, the process of reconciliation is as old as the genocide. And it is anything but complete. Jean Paul Mukunzi is one of those who continues to work tirelessly on it. In Gisenyi he heads the Shalom Community Organisation. Mukunzi deeply believes in confessing guilt and forgiveness as an integral part of the road to reconciliation. But that doesn’t stop him from promoting a grassroots community on Lake Kivu, and he says, “We’re working on a holistic approach that includes basic computer skills and the development of smaller businesses. When Mukunzi tells us that he himself belongs to the Hutu population, his eyes get wet. And so, in his quest for sincere dialogue, he is closely associated with Rutayisire. He says: “I consider it the task of the Church to help the murderers to deal with their guilt and shame”.

An essential mission of the Church in Rwanda is to support the reconciliation process in the education sector.  Samuel Mutabazi is a key person in charge in this area. This does not work so well in classical frontal teaching.  “I have to give students the time to give feedback,” says the director of the National Office for Protestant Education, “or that they discuss in small groups together.  In order to make teaching less teacher-centred, student clubs have also been set up. There, pupils discuss with each other outside the classroom, which leads to reconciliation. Mutabazi stands by his country and reconciliation. That is why he also has the future in mind. “There are many successful and good actions in the process of reconciliation,” says Mutabazi, “but there is still a lot to do. There is, for example, the young generation that has no job. They even have a university diploma, but they can’t find work. And they lack the resources to become self-employed.

We have to get off at the airport to have the taxi checked. This is done in a relaxed and speedy manner. I enjoy the warm afternoon light and wonder once again what I want to learn from Rwanda’s experiences. Then the officials nod at us in a friendly manner. Alex starts the engine and I enjoy a little bit more on Kinyarwanda.

a contribution by Tom Laengner