The Groupe Scolaire Frank Adamson de Kibogora is located in the Nyamasheke District, Western Province near Lake Kivu. It is a school of the Free Methodist Church in Rwanda. Recently, severe and repeated fire problems have occurred in some of the buildings where students live. In this context, the Protestant Council of Rwanda (CPR), represented by the staff of the National Office of Protestant Education (BNEP), visited the school on March 13, 2019 to review the current state of affairs: according to the school principal, who received Reverend Pierre Claver Bisanze, staff member of the CPR Education Department in his office, the fire at the school went through four phases. These took place on January 20, 2019 (fire in the first part of the girls’ dormitory), January 23, 2019 (fire in the entire block of the dormitory), February 10, 2019 (fire in the building used as a prayer room) and March 06, 2019 (fire in a small room annexed to the school’s existing building). All the fires were so severe that the students’ property inside the burnt buildings could not be saved.

The people in charge, who came to the technical investigation of the fire, found that an electricity problem could not have been the cause. Even before the fires, the school management had discovered signs of a splitting ideology in the form of smearing the inside of the toilet walls.

The BNEP/CPR envoy held a meeting with students and teachers to encourage them to look positively to the future despite the setbacks they suffered during this painful experience of ideological actions and repeated fires, which damaged the students’ property and the school buildings. They told them that the CPR would pray for them and intervene with various authorities for the school.

At the moment the situation is very critical and alarming. Although the results of the investigation seem to confirm that it was a student who has committed these heinous acts, the miserable conditions in which the girls currently live and sleep cannot be ignored.  Since the technicians of the district where the school is located have already declared that the school needs to be completely rebuilt, the CPR decided to continue to pray for them and make appeals to various intervention centres. All possible measures to improve the lack of adequate protection for girls, mattresses, clothing, bags, blankets, sheets and other essential items must be considered. 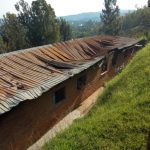 Damage to the Girls’ Dormitory 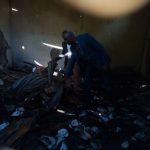 Damage inside the Girls’ Dormitory 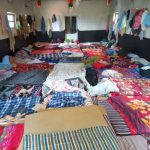 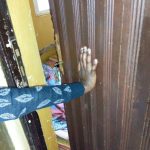 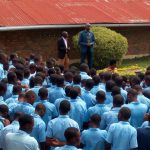 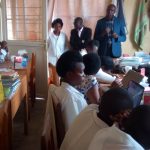 A report by Pastor Samuel Mutabazi, Director of the National Office of Protestant Education (BNEP) in Rwanda and member of the GPENreformation Council