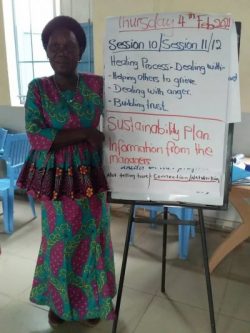 Access, Rehabilitation, Training and Peace are the Prerequisite of ECSS Education and Training in South Sudan

On late December 2020 to mid-February 2021 I had the opportunity together with the bishops of Central Equatoria Internal Province under the leadership of the Archbishop His Grace Dr. Paulo Pitya Yugusuk to visit the areas of Yei and Morobo up to Panyana in Central State particularly in remote locations. This article is written based on this field trip to remote locations of Morobo and Yei Counties in January and February 2021 including other visits made to other parts South Sudan. The locations visited were not been accessed for the last five years due to the series of conflicts. The trip was meant for pastoral visit, needs assessment for possibility of social services support and dialogue meetings with the armed services to enable access. Four areas are highlighted on this article: Relevance of access for social services provision; need for rehabilitation of schools, health centres and accommodation for church leaders and teachers; Mothers’ union members turned to be teachers; and the alarming cattle raiding a threat to peace and co-existence. 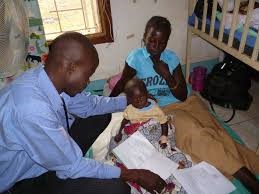 South Sudan conflicts hindered travels and access to the rural or remote areas for spiritual or social service delivery. The bishops could not visit the rural parishes for confirmation services, or licensing of lay-readers or other church ministers. The Education Coordinators or school inspectors are not in position to visit the schools. The mobile clinic team (see photo attached), e.g. at the Martha Health Centre in Yei, was frustrated as outreaches were cancelled. Medical services were limited to towns only. With luck, people from the villages could secretly come to the towns to receive services and then travel back. However, if the armed forces had intercepted them, the risk would have been high that they would have been classified as political spies. This could have led to torture or death; depending on the mood of the day.

Need for rebuilding and rehabilitation of schools, health centres and accommodation for church leaders and teachers 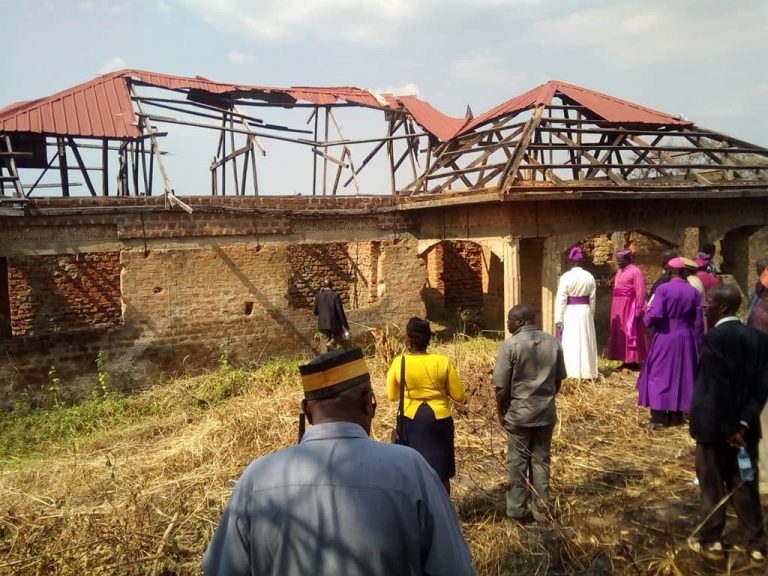 On travelling from Yei to Morobo and Panyana areas, it was agony how investments in schools, health centres and shelters had fallen; parents, churches, partners had come together for the goal of humanity to improve education and learning. In Morobo, for example, the school was in ruins. It desperately needs a new roof and cleaning of the surrounding area to prevent further fires, especially in the dry season from December to March. Our visit to the churches and schools was an inspiration to the local community. We had nothing to offer them in kind, only prayers and advice. Part of this community has fled to Uganda and Congo because of insecurity. After the signing of the revitalised agreement in 2018, there were some returnees who came back home and were in dire need of food and meeting other basic needs. We were surprised to meet so many people in the remote areas, including children and vulnerable mothers. These children were in their hundreds and they keep their faith in education because there is a mothers’ association there that sacrifices itself to teach all children to read, write and do arithmetic. The mothers dream that lasting peace will soon come so that a public education system can be rebuilt and take over where they are currently working.

The members of the Mothers’ Union take on the role of teachers as well as breadwinners for the families. Most of the men are in hiding because they are afraid of being drafted by the military.

In the learning process, the churches are used as classrooms: For example, one class is in the lower area at the entrance of the church and another is in the upper area near the altar. This also poses challenges because when one class starts playing, the students in the other classes are also distracted. Furthermore, the mothers are not trained for their job as teachers and do not have the relevant pedagogical and didactic knowledge – especially against this background, their efforts are to be appreciated. In addition, armed individuals threaten peaceful and focused teaching; and there are many weapons carried by the military and civilians. It threatens communities not to be able to live happily now and in the future if the weapons are not collected or disarmament is not adequately carried out. The teachers who taught before the conflicts left the schools, were drafted by the military or lost their lives. So teacher training is needed to bring new cadres of trained teachers into the system as demand is high. 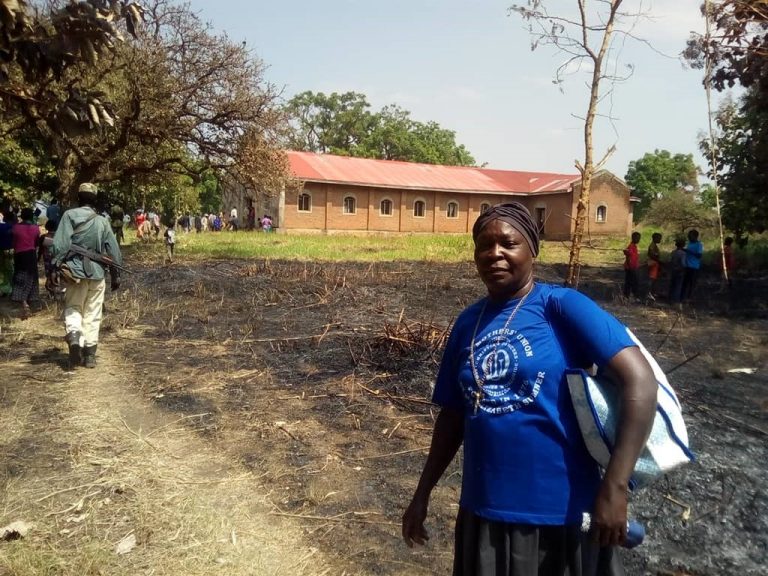 Today in South Sudan, we are saddened by the fact that students in the remote localities make up over 50%, the majority, who are cut off from education and other services. A serious “Back to School” campaign is needed if the country is to improve its student numbers. Churches, including the Episcopal Church of South Sudan (ECSS), are one of the main platforms that could participate in the education campaign, as they did during the 2011 referendum. The mobilisation should consider the aspects of education, peace building and health. In addition to the revival of the peace agreement to build sustainable peace, cattle rustling, for example in Terekeka County, Jonglei State, Warrap, Lakes States among others, is reaching its peak, as is the second wave of COVID-19, which needs urgent attention.

Increasing cattle rustling as a threat to peace

Cattle rustling is mainly influenced by political motives to displace a population for personal interest. In addition, the payment of high bride prices in marriages has become a major trigger for cattle thefts. Most parents tend to demand a high bride price for their daughters’ marriages because they consider the girls as their main source of wealth. Some youths are orphans due to the ongoing conflict and so they resort to cattle rustling as a quick way to get wealth. To combat this criminality, hard work is needed to sensitise people so that they better understand the benefits of keeping livestock, including keeping them for their livelihoods. However, livestock theft has huge negative impacts, as evidenced by the massive evictions. This causes trauma among the population, which requires counselling and care.

The ECSS Mothers’ Association coordinator, Mama Harriet Baka, has integrated trauma healing as one of her pillars. She has noticed on the ground that much of the population, especially the grassroots Mothers’ Union, is very traumatised. Trauma healing is a useful component that is also needed in schools as teachers, students and pupils suffer from the same. These efforts require materials, resources and support to expand to the most needy and priority areas.

Education is of utmost importance to the new generation in South Sudan. Some of the problems and challenges have arisen due to the dangers of illiteracy. Therefore, the IMPEQ programme is a useful contribution to the training of South Sudanese education officials who are at the forefront of managing education activities. I am grateful to mention that the South Sudanese IMPEQ students and the new cohort are a part of this important struggle.