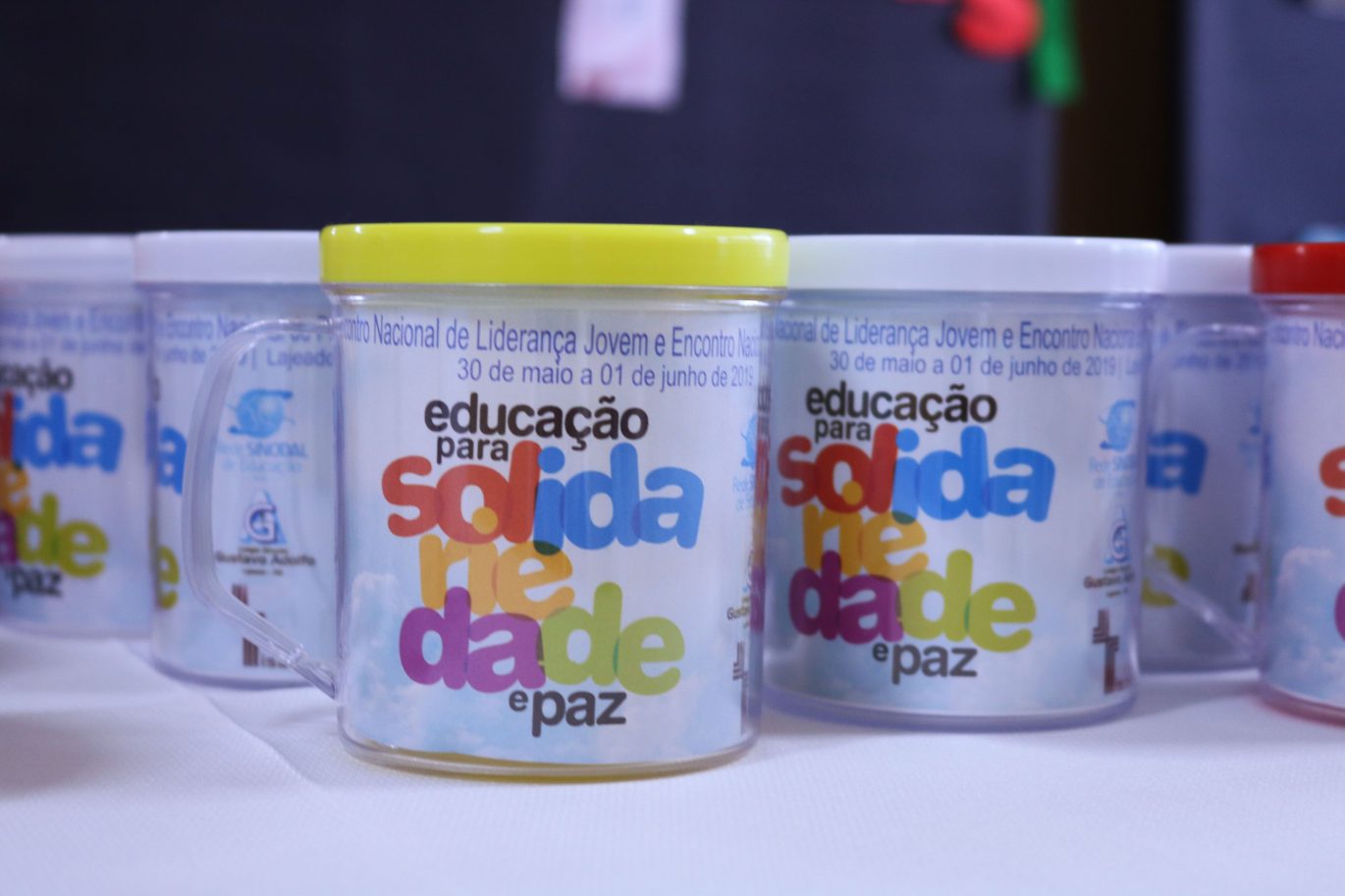 Meeting of Teachers for Religious Education and the Ministry of Education

Between May 30 and June 1, young leaders, teachers of RE and representatives of the Ministries of Education of the schools of the “Rede Sinodal de Educação” (RSE) [Synodal Education Network] gathered at the Colégio Sindodal Gustavo Adolfo in Lajeado (RS) for the 26th Meeting of Young Leaders and the National Meeting of Teachers of Religion, sponsored by the Rede Sinodal de Educação (RSE). The “Fundação Luterana de Diaconia”, the “Conselho de Missão entre Povos Indígenas” and the “Centro de Promoção e Apoio da Agroecologia” (FLD-COMIN-CAPA) gave lectures on the subject, workshops and participation in a fair of the “Rede de Comércio Justo e Solidário”.

The focus of the meeting – Education for Solidarity and Peace – was presented on May 30 by Cibele Kuss, Secretary of the Executive Committee of the FLD, and Joni Roloff Schneider, Pedagogical Coordinator of the RSE. Cibele highlighted the importance of solidarity as a collective process that creates relationships between people of different communities in order to exchange experiences, knowledge and know-how and develop transformation projects. Joni spoke about the Global Pedagogical Network – Joining in Reformation (GPENreformation), an international network of Protestant educational institutions and aid organisations dealing with the issue of peace. The Rede Sinodal de Educação and the FLD-COMIN-CAPA are part of GPENreformation

In the afternoon, the certificate of participation in the Digital Peace Exhibition of GPENreformation was handed over to representatives of two schools of Rede Sinodal de Educação – Escola Barão, Blumenau/SC and Colégio Martinus, Curitiba/PR. The Escola Barão, was selected from the participating schools of the different continents that successfully participated in the project and will also receive five tablet PCs.

The programme was intensive for the different target groups, such as for example:

The meeting ended on Saturday, June 1, with the expectation that many more initiatives for Education for Solidarity and Peace will be developed in the schools of the RSE and that the relations between the schools and the participating organizations (FLD-COMIN-CAPA, General Secretariat and Department for Community Actions of IECLB and SERPAZ) will be strengthened.

During the meeting there was also the opportunity to purchase handicrafts from the indigenous Kaingang community and the Fair and Solidary Trade Network.

The Gustavo Adolfo Synod Highschool provided a lot of art (various presentations of music and dance from the school) to make all participants feel very welcome during these days.

Education for Solidarity and Peace Project

The relationship between FLD-COMIN-CAPA and RSE is established through the project Educação para a Solidariedade e Paz [Education for Solidarity and Peace], which aims, among other things, to showcase existing initiatives in the schools of RSE and to promote the development of other transformation projects.

The project began with a working group founded in 2017 to bring together the pedagogical coordination of the RSE, representatives of the Colégio Pastor Dohms, Colégio Sinodal do Salvador, Colégio Sinodal of São Leopoldo, Colégio Sinodal da Paz, Instituição Evangélica de Novo Hamburgo, Instituto Ivoti, Faculdades EST, COMIN and FLD. Starting from the meeting in Lajeado, teachers from the other regions of the Rede Sinodal de Educação will also set up working groups to strengthen this work in the schools.

A Latin American event of Protestant schools in São Leopoldo/RS is planned for 2020, with representatives from various schools and institutions working on the theme of Education for Solidarity and Peace. In this way, Latin American students and leaders will participate in the peace manifestations with 800 schools and institutions from all over the world.