Africa: The Institut Majengo in the DR Congo

The students of the peace club of the Institut Majengos report about peace:

Click here for more videos of the Institut Majengo…

Activities from September to November 2018

The chaplaincy organized several activities, such as

Against the background of our country, the Democratic Republic of Congo, conflicts in all their forms have become multiple – and with them negative consequences. The Chaplaincy fulfils its mission by taking advantage of these fields and organizing numerous activities enabling it to care of every man and woman in the school community. 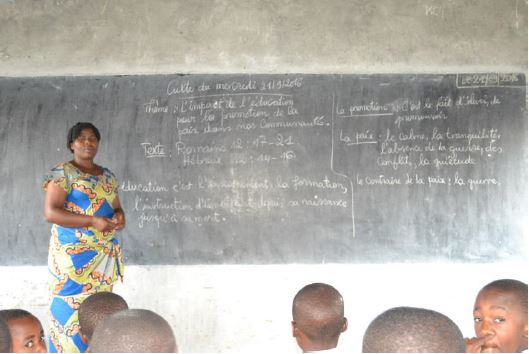 Relationship problems in the school environment [teaching couples and some parents are sometimes in conflict].

In 2018, 11 cases of relationship conflicts were identified and dealt with by the service. We follow these approaches: 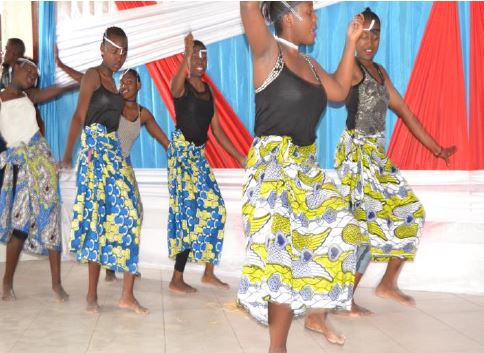 Example:
The pupils can mobilise each other to pay the school fees of their classmate in difficulty or to provide him with clothes if he does not have them. In addition, the chaplaincy had the grace to form a partnership between another weaker school in our province of North Kivu. Each year, the Chaplaincy donates between six hundred and six hundred and thirty dollars in tuition fees to students of this school, maintaining a community field within this school as a training field and a source of income.

Here you can find all photos of the activities…

Activities from January to March 2019

The Jérémie de Bukavu group in the province of South Kivu, pointing out that we are ambassadors for peace in our community, invited us to an exchange of experiences between seven schools, four in Goma and three in Bukavu. The goal was to focus on specific topics, including: Do the students participate in decision-making, do they influence decisions? During the exchange, the students quickly understood that their participation was very low – rated at about 10% – so they made recommendations to parents, school officials, teachers, and other students. Participants insisted that there should be future cooperation between the different actors mentioned above. Often the school regulations are designed by a single actor without involving the other actors and especially the students. Some students showed the success of an exchange.

In addition to the exchange, our peer educators received training on city and local elections. The aim of this training was to convince young people that they are also affected by the elections scheduled in the DR Congo. The future is based on youth; and the hope for a Congolese reform is also based on this same Congolese youth. Among the participants, some committed themselves to persuading others to manage the political contact work and thus to fulfil the conditions for change in all sectors.

We also remembered that our pastoral care at school cares for each individual and the whole person. For this reason, on the occasion of the International Women’s Day on 8 March 2019, the teaching staff exchanged views on domestic conflicts, which mostly result from the mismanagement of family income. In the workshops, the participants worked on the causes of mismanagement and developed strategies to reduce these conflicts.

Finally, the peace clubs of our school are planning an exchange with other schools in the third semester of this school year. This activity is also important for Groupe Jérémie de Bukavu in South Kivu.

As far as the teaching staff is concerned, the participants promote the activities of the teachers, who are grouped under the acronym “AFEIM” in the Association of Women and Teachers of the Majengo Institute, while the men commit themselves to develop poverty reduction strategies: savings, investments and the creation of income-generating activities. 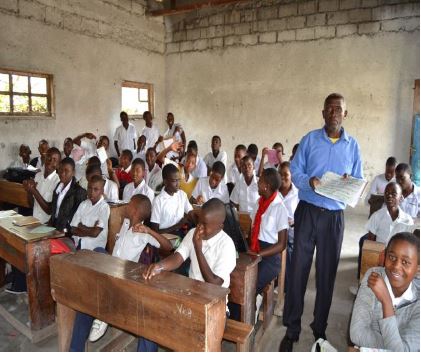 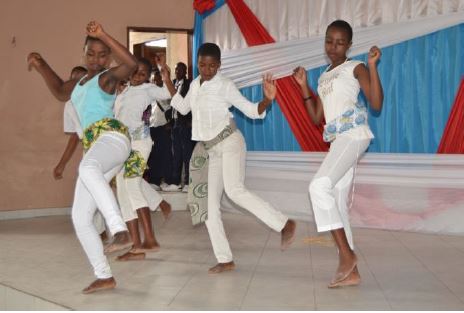 The reports come from Esther Kahambu Kavunga, School Chaplain of the Majengo Institute. Videos and photos show the students of the Peace Club.