Africa: The Complexe Scolaire SEAMAN / Micovevi in the DR Congo

The Complexe Scolaire SEAMAN is a private school of Christian and Protestant denomination. Our school is cosmopolitan and welcomes people from all over the city of Goma. Located in the east of the military camp MUNZENZE in the district of MURARA, SEAMAN welcomes a large number of children from the military and the police, as well as civilians. In our school we are in groups of children with a different mentality. And this does not spare us from experiencing conflicts that we often cannot avoid. In the following sections we briefly describe some of the conflicts and events that our school has experienced since the beginning of this school year 2018-2019 and how we have resolved these conflicts for peace. 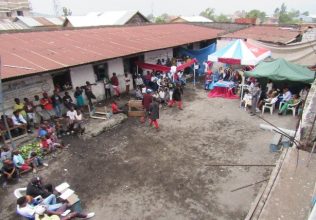 This is part of the public sphere. 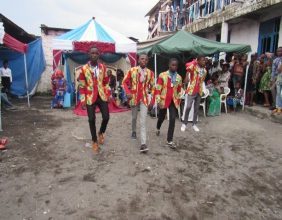 On Saturday, October 27, 2018, the authorities of the Complexe Scolaire SEAMAN introduced the spokespersons of the students of this school, as recommended by the Ministry of Primary, Secondary and Vocational Education of the DRC. This introduction took place democratically, of course, in the form of an election of the students’ president. However, it was also the task of the previous spokespersons to form a new student government, appoint its vice-president and the ministers in various fields to replace the previous ones and head the school during this two-year period 2018-2019.

In fact, one of the candidates who had failed in the election of the student president after not accepting the results of the ballot box went out to win his friends, most of whom were children of policemen and soldiers from the MUNZENZE camp, for a violent revolution. While the students were already preparing for the inauguration of their government by organizing folk dances, fashion shows, theatre for peace and conflict, poetry, acrobatics, Congolese dances, etc., the student and his accomplices, driven by anger and jealousy, came to disturb public order. They started throwing stones and injuring a student whom we had to have treated. It required the intervention of the police and the school brigadiers to calm the situation. However, with God’s help, the inaugural meeting took place in the presence of many parents and students. 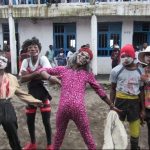 These students on stage express non-violence and peace. 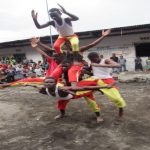 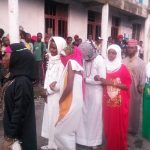 Theatre on unity in religious diversity. 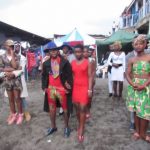 The girls’ and boys’ fashion show together to express the pride of Congolese youth. 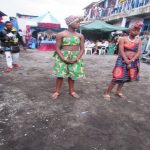 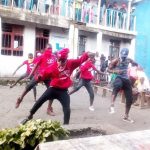 After the event, the school ensured that the parents of these students were invited. For disciplinary reasons and in accordance with the Bible in 2 Timothy 4:2, the students were heard by the Disciplinary Commission. After an analysis, the responsible group leader was finally expelled from the school because of order and discipline. Also, to prevent such a thing from happening again. All students were informed of this decision as a warning.

During a greeting later also an important lesson was given by the professor of the course for civic and moral education to make the students understand that a democratic system has to be accepted by all. In a democratic country where elections do not end the way you want them to, you have to respect the fact that majority voting prevails and that this must not be a conflict.

To break the camel’s back, the next day another student from the same group wore his hat in class, violating the school rules. The teacher confiscated it. The student then waited for him later with a broken glass bottle, injuring the teacher on his forearm and fleeing to an unknown place. We informed the Congolese National Police about this situation, which was looking for him but could not find him. Therefore, the student’s parents were arrested in order to catch him more quickly.

Since they themselves were victims of the damage caused by their child, our school pastoral care saw it as necessary to intervene and was able to release them after 48 hours in prison. The child disappeared until today. This has led to a lasting conflict between teachers and students.

In order to finally resolve this conflict, we invited the student’s parents to an interview with the teachers of the school’s pastoral service. They were encouraged to take over the medical care of the victim. As for the student, the pastoral ministry called him to humility and tolerance through the Bible text in 2 Timothy 2:3-4; 3:2-8. Within the framework of peace care in our school, the chaplaincy has been organizing a service every Saturday since then, in which the teaching staff and the students meet from 7:30 to 19:30. In his sermon in the Saturday service that followed this event, the chaplain recalled the text of Matthew 18:15-17: “If your brother or sister sins, go and point out their fault, just between the two of you. If they listen to you, you have won them over. But if they will not listen, take one or two others along, so that ‘every matter may be established by the testimony of two or three witnesses. If they still refuse to listen, tell it to the church; and if they refuse to listen even to the church, treat them as you would a pagan or a tax collector.”

We are proud that God has given us grace: One of our pastoral chaplains, recommended by our Church to study theology at the Université Libre des Pays des Grands Lacs, has just completed his second year of bachelor studies after publicly defending his thesis on “The Church’s contribution to the resolution of socio-ethnic conflicts in the Democratic Republic of Congo”. He is currently a consultant in a non-governmental organization in the field of “Healing and Reconciliation”. He is planning a doctorate in the field of conflict resolution as his contribution to peacekeeping in the Great Lakes region. As the funds are lacking, we are looking for financial support to achieve this goal.

This text was written by Ushindi Kichekele, Communication Officer of the Complexe Scolaire SEAMAN.